He runs Foolaad at Pontefract today who is chasing a five-timer.

Foolaad comes here off the back of four wins in a row over five furlongs on the all-weather at Southwell. If he can transfer that form to the turf, then he surely has an excellent chance from just a two pound higher mark than his last win.

His last run on turf was a useful third place at Thirsk, so I’m hopeful he will be fine.

As well as having a good record with last time out winners, Bowring generally does well with his sprinters. From his last 98 runners over the sprint distances, he’s had 13 winners (13.27%) for an Impact Value of 1.28. This strike rate is almost 3% higher than his overall strike rate.

The Instant Expert report shows that a few of the runners in this field are well suited to the conditions. Holmeswood especially, who has four sections of green.

Foolaad is five from six over this distance and he appears revolutionised now racing over the minimum trip. 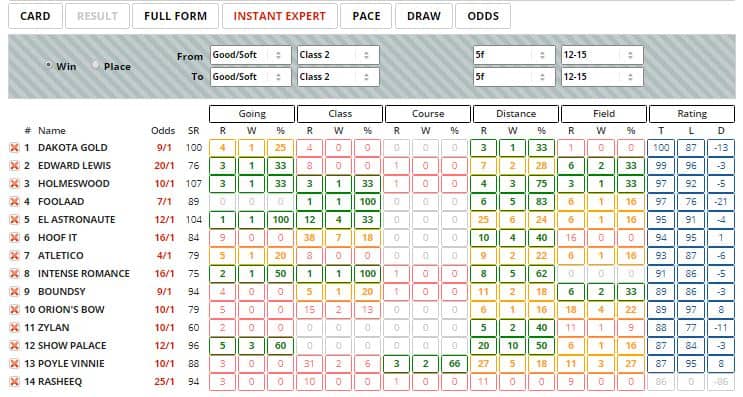 When looking at the Pace report we can see that it’s likely that El Astronaute will be the early leader. He is a confirmed front-runner and is usually at the head of affairs through the early stages of his races.

Foolaad is usually kept quite handy and I expect Kieran O’Neill to keep him just off the pace in a prominent position ready to strike. 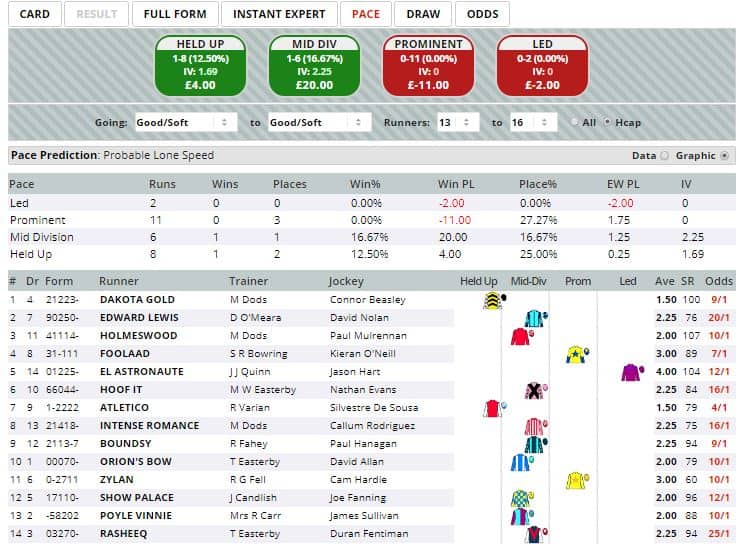