Compton Abbey goes in a six-furlong handicap on the all-weather at Lingfield today and was a winner last time out.

It was the first try for Compton Abbey over six furlongs in March and she managed to hold on well. She has been raised two pounds for that win but has Rossa Ryan on board today who claims five pounds as opposed to Shepherd’s three pounds last time, therefore, she effectively races from the same weight.

Johnson has a useful record here at Lingfield over the past year. In that time he has managed five winners (25%) and eight places (40%) from 20 runners, for level stakes profits of 38.00 and 43.80 respectively and an Impact Value of 2.14.

The Pace report shows that early leaders here over this distance have easily the best record, with 21.05% of them going on to win the race, for a level stakes profit of 95.10 and an Impact Value of 2.36.

Compton Abbey usually finds herself in mid-division and I would expect something similar today with Ryan waiting until late on to try and strike. 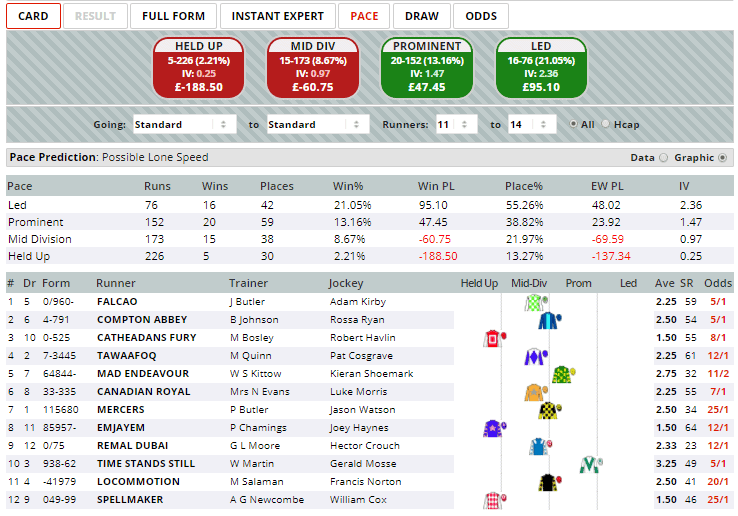