The Trainer Jockey Combo Stats report shows that David O’Meara and Daniel Tudhope have been in great form together recently. Over the past 30 days, they’ve managed to have five winners (33.33%) and seven places (46.67%) from 15 runners, for level stakes profits of 27.00 and 30.13 respectively and an Impact Value of 3.41.

They have three together at Pontefract today, and I am going to be taking a closer look at Lamloon, who runs in a wide open one-mile handicap and is currently priced around 7/1.

Lamloon got a good start in his win at Nottingham last month and stayed on strongly at the finish. He has to race with an extra four pounds here today but looks to have improvement in him and with the yard in decent form, I think he has a chance.

The Pace report shows that early leaders here over this distance have a super record, with 27.27% of them going on to win the race, for a level stakes profit of 13.51 and an Impact Value of 2.52.

Laloom is usually quickly out of the stalls and looks likely to be one of the early leaders. If he can obtain a good early position then I am hopeful that he will have the class to grab at least a place. 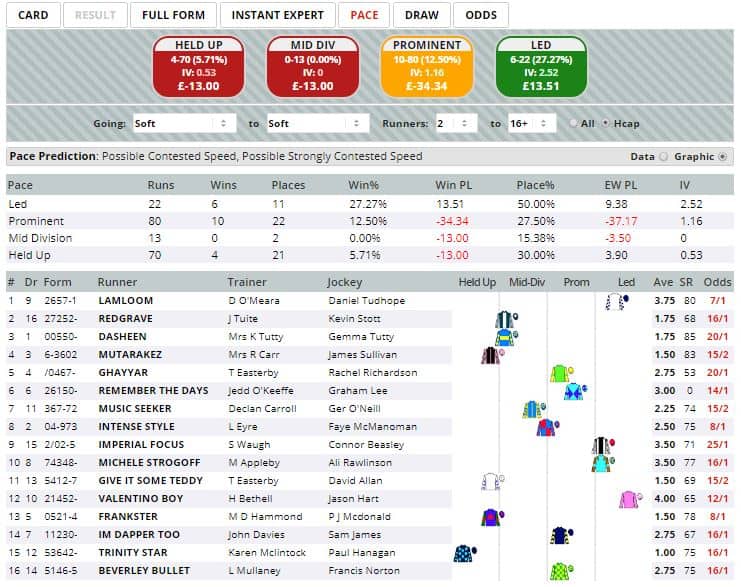