He has two runners today that were last time out winners, and I am going to be concentrating on Proschema.

Proschema was a wide margin winner at the end of last month on soft ground at Haydock, and although that was a novices’ stakes it was mightily impressive. This Declaration Of War colt is now rated 100 and looks well worth a chance in this Group 3 over one and a half miles.

As this is a race for three-year-olds early on in the season the Instant Expert report doesn’t have a huge amount of data on it.

Proschema does look well suited to conditions, however, having three sections of green to his name.

From looking at the Pace report there doesn’t appear to be a lot of early speed, although Proschema lead early on and made all last time out, so it would be no surprise to see Kingscote aim to do the same again here today. 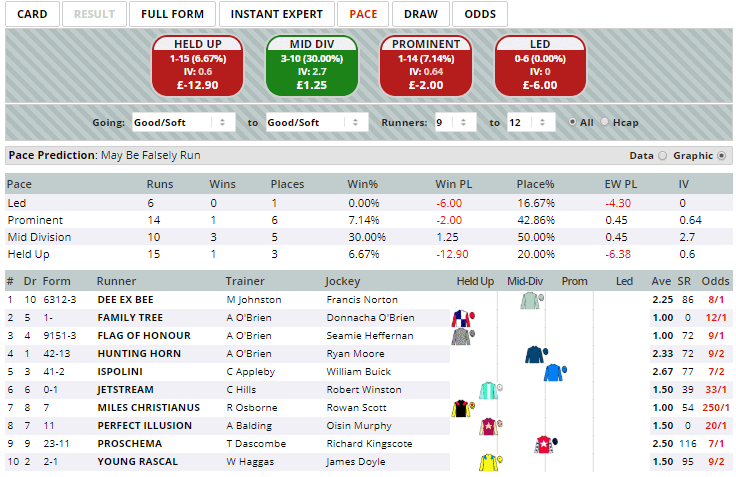 Stat of the Day, 9th May 2018 Testing Times for Tipster Triallists…
Scroll to top