Lovely unraced Black Type 3yo Getaway filly ready to run in the autumn.

Somewhat counter-intuitively, while the big summer flat festivals are playing out, this is also the time when the jumps boys are readying their more precocious youngsters ahead of the season proper in the autumn.

Anthony Honeyball, whose yard geegeez.co.uk sponsors, has sourced this little (actually, not so little) cracker for us, and I have a few shares still remaining. Full details are below.

The dam, Chicago Vic, will be less familiar to you though she performed to a consistently high level. A winner of five hurdle races and a chase, she was also 3rd in a G3 novice hurdle, 2nd of 24 in a Punchestown Festival G3, 2nd of 15 and 2nd of 16 in Listed chases, and 3rd in each of a Grade 2 and Grade 3 chase. She won or was Graded placed on all ground – literally from heavy to firm – and over distances from two miles to three miles, and obviously in hurdles and chases (2nd of 16 in a National Hunt Flat race too). Basically, she was an extremely versatile, tough and talented mare, rated 130 or so. Here’s the link to her full form profile: https://www.racingpost.com/profile/horse/584376/chicago-vic/form

As you can see from the pedigree sheet below, there is plenty of black type on her page, and her half-sister has won her last two completed point-to-points (the run before that she was 2nd to a horse that sold for £60k and subsequently ran 3rd in a Tipperary bumper on Rules debut).

This mare is a big unit, and we’re obviously hoping she has an engine to match. She was given, and fully passed, a five stage vetting before purchase.

But she’s off the page now and in the flesh. To that end, here are a couple of video links of her taking her first educational steps towards being a racehorse:

She’ll be given a quiet canter by the end of next week, and is going along really well – “great” as her trainer described her progress to date.

The plan is to bring her straight into light training for four to six weeks before allowing her time in the paddocks to grow, both physically and mentally.

Thereafter, she’ll be brought back in around August and trained with a view to running in a mares’ junior bumper in October/November and, if showing enough ability, will be targeted at the Listed Junior Bumper at Cheltenham on New Years’ Day. 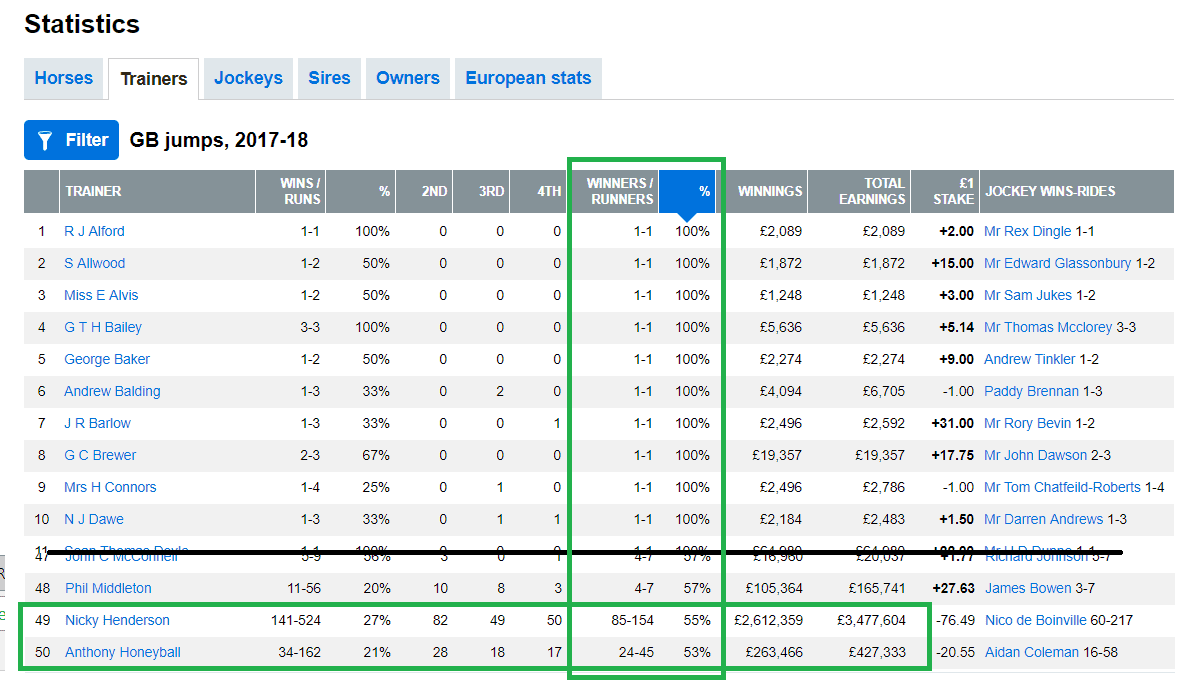 Anthony Honeyball trains in Mosterton, a village on the Dorset / Somerset border, in southwest England. He has quietly made a name for himself as one of the best trainers in the country, from very limited opportunities. Indeed, last season, only Nicky Henderson had a (marginally) higher winners-to-runners strike rate than Anthony of those trainers with a meaningful number of individual runners. See image to the right.

The coming season promises to be a breakout one for Anthony, with some high quality young stock and some proven older horses, many of which still look fairly handicapped.

Importantly, Anthony is also a very nice chap, and always has time for his owners.

Still unnamed (you’ll have the chance to name her), she is being syndicated into ten shares at £2,500, plus £200/month thereafter. She was a bit of a gamble from the field when we bought her, but has pleased Anthony in everything she’s done so far. She seems a lovely forward type, as you can see from the videos above, and we’d be hopeful she’ll be racing before the end of October. She has also been insured.

I’m keen to fill out the syndicate in June, so please do let me know ASAP – my email is here.

Here is the pedigree page: 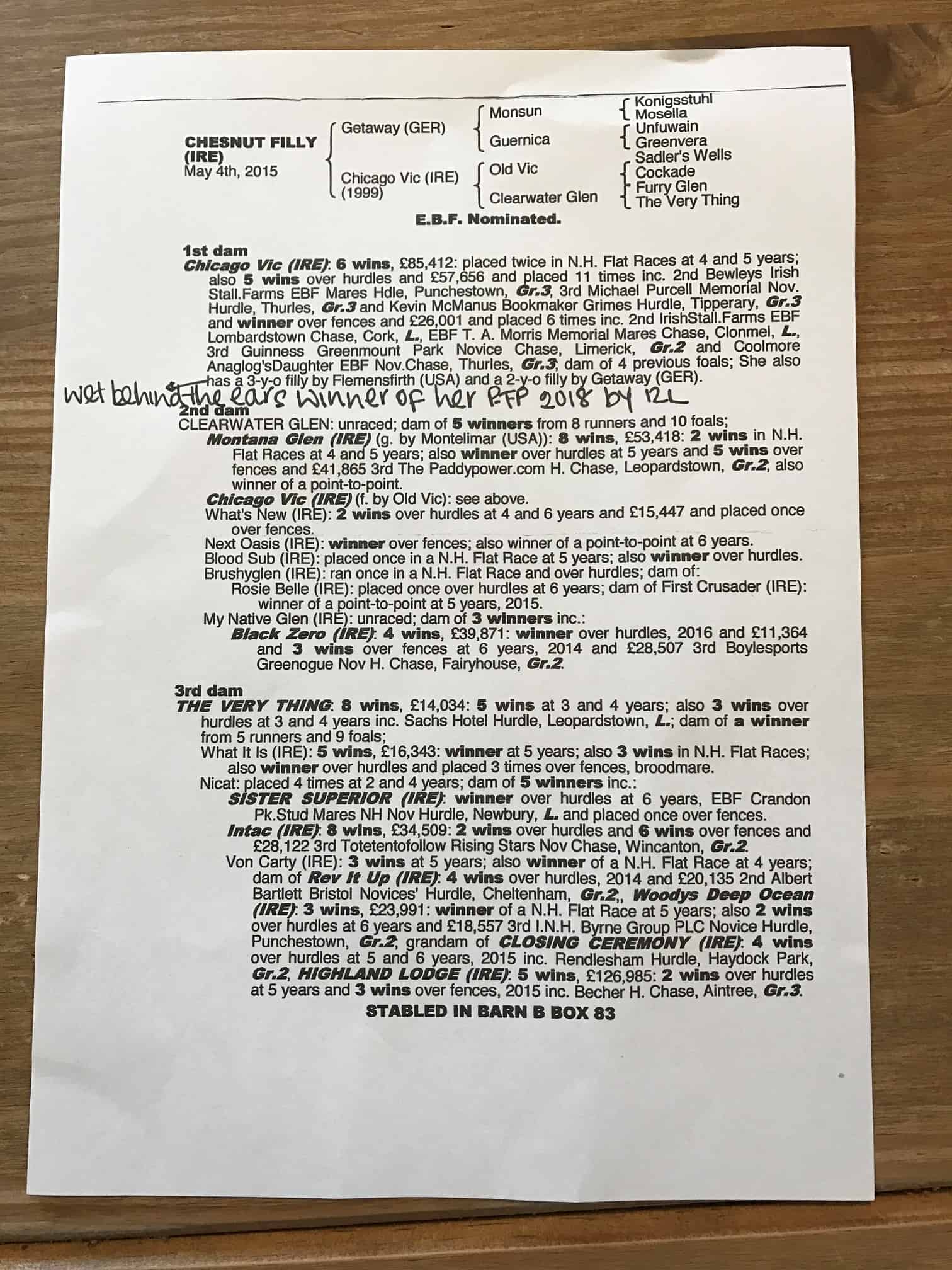