Here is a little more detail on each.

We’ve now added a row to jockey form on the card that shows the jockey’s performance with this trainer over the last twelve months. It looks like this, see the bottom row:

A few tweaks and enhancements to Full Form, as follows: 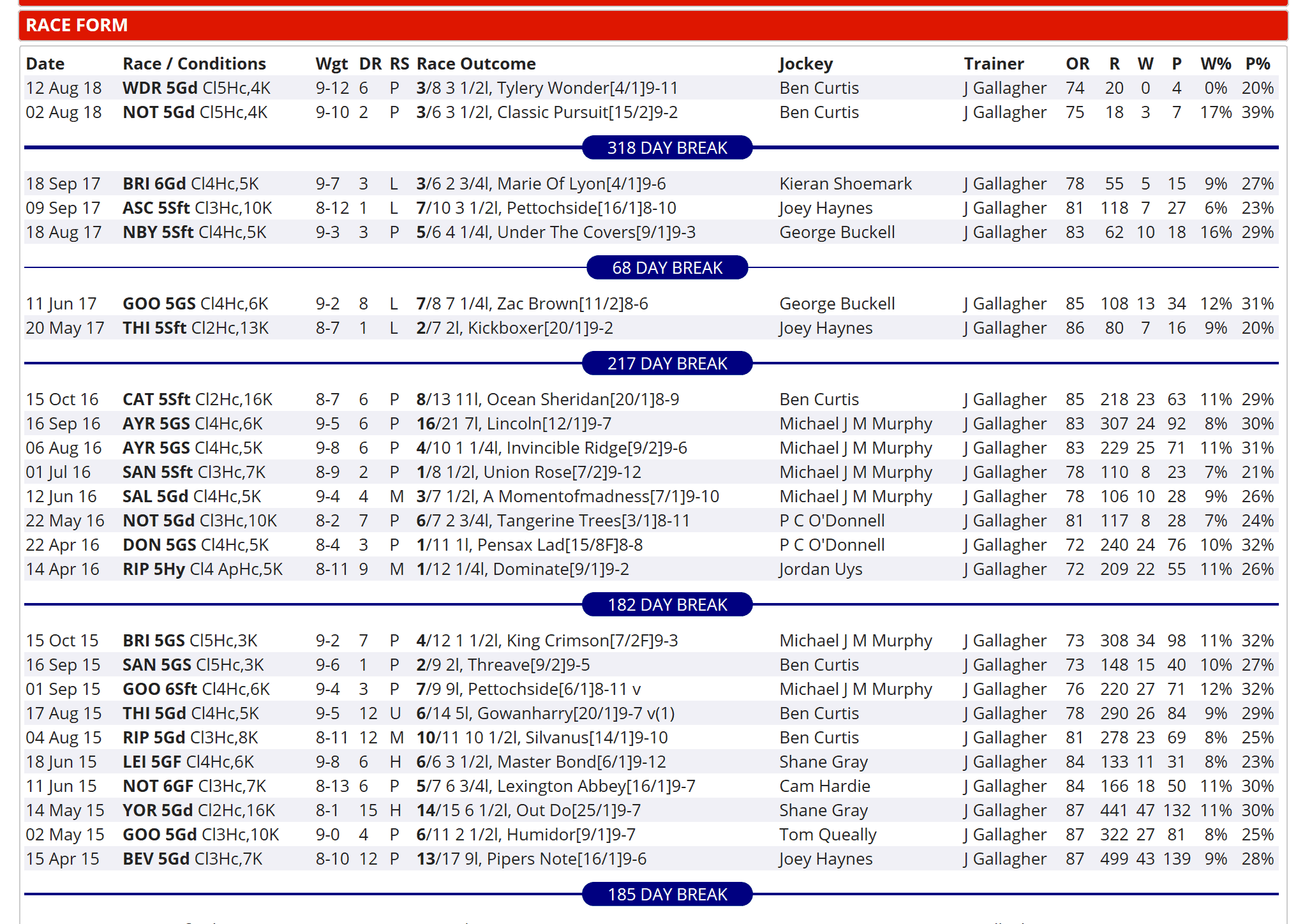 The thickness of the layoff line indicates the length of the layoff, as you can see in the above. A horse is considered to have had a layoff if returning after 60 days or more.

Run Style notations are L – Led, P – Prominent, M – Midfield, H – Held Up, and U – unable to score (insufficient information in the comment).

The draw and run style info can be instructive when looking at horses’ win and/or place data, where you will often see patterns hinting at a runner’s preferred setup.

We’ve added an odds column to the Report Angles report, like so:

This was in response to a user request. We always welcome user requests, though we cannot always accommodate them, for obvious reasons.

We have a few bug fixes to implement in the next fortnight or so, and that will be the last of the functional enhancements in 2018. The reason for that is we’re undertaking a significant infrastructural change to our software. Once complete, we’ll have a deal more flexibility in terms of the way we do things, particularly the speed with which we present results and such like.

This is a necessary change which should be complete by end January. After that, we’ll get back to development, with the next big things being allowing users individual notes and rating spaces for races and runners; additional of ‘last run’ and ‘second last run’ data elements on Query Tool; and, potentially, the introduction of ratings pars (feasibility work underway).

Thank you as always for your support of Geegeez Gold. There is an almost infinite number of things we can do to enhance it still further, and 2019 looks like being another exciting year on the development roadmap!